THE HISTORY OF JIM COLEMAN COMPANY….

In 1951 after serving in the army, Jim Coleman begin his working career as an electrician and was employed as a job superintendent working as an inside wireman. A few months into his career, Jim and Lorraine Whitehaun were married and have been married now for 53 years. After working as an electrician for a few years, Jim became interested in the coin-operated laundry business and in 1956 he began operating two locations. During this time three of the seven Coleman children were born, Gail, Russell and Wayne. The two successful coin operated laundries peaked Jim’s interest into the coin-operated car wash business. It was Jim’s goal to become more knowledgeable of the business and with his electrical trade and construction background in 1966 he opened his first location and sold the laundries. At this time, Jim and Lorraine had three additional children, Mary, Randy and Annette. As his car wash began to thrive, Jim became more experienced and knowledgeable of the business and the equipment.

After buying his first set of car wash equipment from an equipment provider, Jim realized the need for improved equipment and decided to build his own line. Later in 1966 Coleman Company was born and consisted of two employees, Jim and Lorraine. After building his own equipment, he had people more than willing to buy his superior product over the competitor’s, thus the real beginning of Sparkle Car Wash Equipment.

The first facility that Coleman Company occupied was located in the Northwest part of Houston, TX on Jensen Drive. In 1979 the business moved to a second location, still in the Northwest part of Houston, located on 34th Street, adjacent to one of Jim’s car washes. Jim went on to build many car washes in the Houston and surrounding area, some for himself and more for others.

After working part-time throughout college, Russell Coleman graduated from the University of Houston in 1978 and began working full time learning the fundamentals of the company and its management philosophy. After 19 years of on the job training, Russell became President of Jim Coleman Company and has held the position since 1997. Russell is married to his wife Debbie and they have one daughter, Katie.

Wayne Coleman, the second oldest son, began working full time at the company in 1975 and learned the ins and outs of production and other departments and is now the Vice President of Production and oversees all of the production in both Plants 1 and 2. Wayne has four children Jamie, Dana, Dallas and Peter.

In 1983 Jim Coleman Company moved offices once again due to a consistent growth in the company. The office was moved to its third and current location at 5842 W. 34th Street in Houston.

Joining his 3 older brothers, Patrick Coleman, the youngest of the seven children, began working at Jim Coleman Company in 1990 in the service department. He too learned the car wash industry from the ground up and now is in charge of Production for the Hanna line of equipment. Pat is married to his wife Amy and they have five sons, Blake, Luke, Reagan, Cooper and Max.

The family additions to the company continue to grow in 1998 when Annette Coleman Martin, the youngest daughter, became employed at Jim Coleman Company. After attending Southwest Texas State University, Annette’s entrepreneurial spirit lead her to owning and operating a retail business of her own for five years in San Antonio, Texas. She later joined Jim Coleman Company and has worked up to the position of Communications Director. Annette is married to her husband Tim, whom is also an employee of Jim Coleman Company. Tim Martin is a member of the sales team, overseeing sales for the Hanna line. Annette and Tim have three daughters, Abby, Lexi and Maggie.

Two of the other Coleman seven are Gail Jackowski and Mary Cheatham. Currently, they are not active members in the family business. Gail however, assisted her mother Lorraine in the front office in the early days of the company. Gail and her husband Pat Jackowski currently own and operate Uvalde Meat Processing in Uvalde, Texas and have three children, Mike, Mark and Karen and two grandchildren; Carly and Chloe.

Mary Cheatham is a Manager of Domestic Crude Oil Trading for Unocal Energy Trading Inc in Houston, Texas. She trades Unocal’s crude oil production in the lower 48 states as well as purchases third party production from other producers. She and her husband, Chris own and operate two car washes in Houston.

Over the past 10 years the company has grown tremendously and now consists of the front office and four warehouses. All together, the company operates on over 100,000 square foot of space and employees over 300 employees. Adjacent to the office is a 2-bay car wash with one Water Wizard 2.0 touchfree automatic.

Among all seven Coleman children, there are eighteen grandchildren and two great grand children. The Coleman family enjoys spending time at the home of Jim and Lorraine, better known as Loma Vista Ranch in Batesville, Texas. Hunting and fishing are among the many activities that take place there. Jim and Lorraine are very involved with their church in Batesville as well as on the ranch. 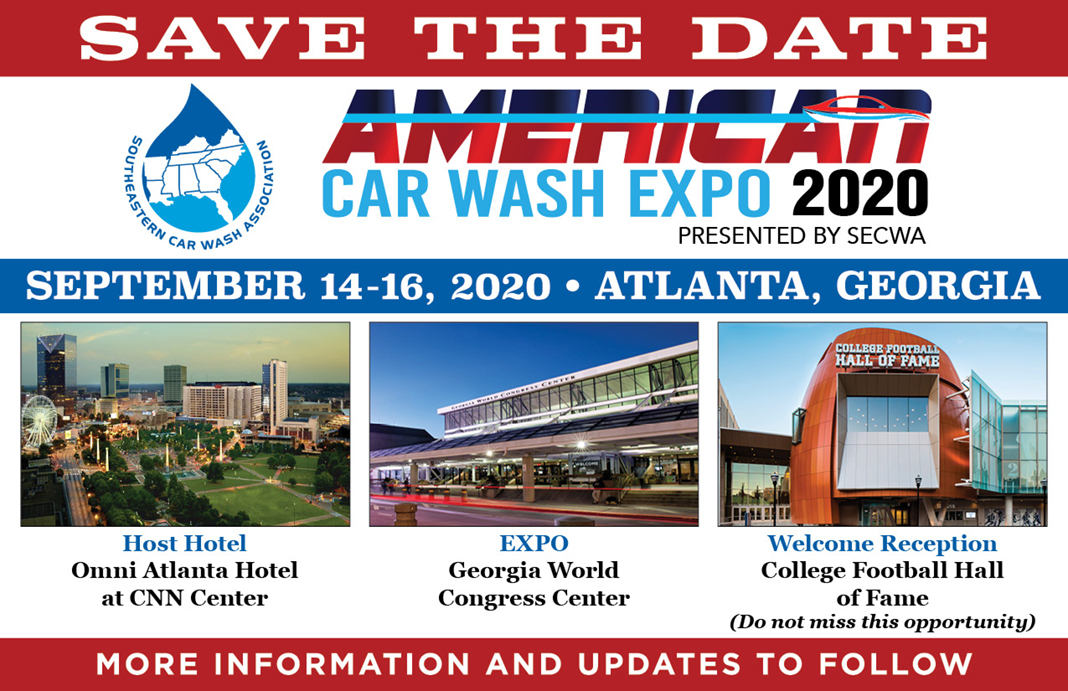 NOVATO, Calif. — People have come out in droves to wash the ash off their cars.

ST. AUGUSTINE, Fla. — A carwash plans to build next to conservation land that the state just purchased, and environmentalists are concerned about its potential impact.

Mark Curtis, CEO of Splash Car Washes, offers tips for how to host a charity drive at a carwash and speaks about the upcoming Grace for Vets event.